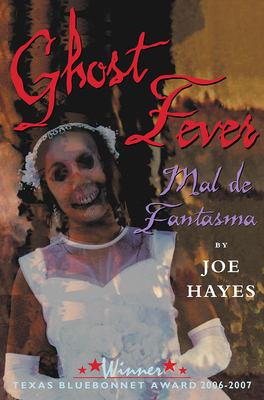 In the 1950s, fourteen-year-old Elena Padilla and her father move into a haunted house in Duston, Arizona, where only Elena can see and help the ghost of the young girl who died there.

The Big House by Carolyn Coman  |  Each Little Bird That Sings by Deborah Wiles
Encyclopedia Prehistorica : Dinosaurs by Robert Sabuda
Forging of the Blade by R. L. La Fevers  |  Giant Rat of Sumatra or Pirates Galore by Sid Fleischman

Penderwicks by Jeanne Birdsall  |  Project Mulberry by Linda Sue Park
Sixteen Years in Sixteen Seconds by Paula Yoo  |  So B. It by Sara Weeks  |  SOS File by Betsy Byars

Sure as Sunrise by Alice McGill  |  Surviving Antactica by Andrea White
Toughest Cowboy, Or How the West Was Tamed by John Frank  |  Wildfire! by Elizabeth Starr Hill