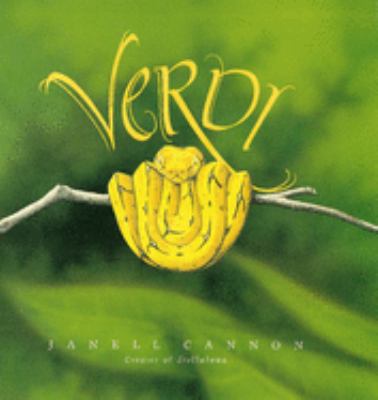 A young python does not want to grow slow and boring like the older snakes he sees in the tropical jungle where he lives.

Adventures of Hershel of Ostropol by Eric A. Kimmel  |  Big Bike Race by Lucy Jane Bledsoe
Ella Enchanted by Gail Carson Levine  |  Eye of the Storm by Stephen Kramer

In My Family / En Mi Familiar by Carmen Lomas Garza  |  Kid Who Ran for President by Dan Gutman
Lou Gehrig : The Luckiest Man by David A. Adler  |  Passage to Freedom by Ken Mochizuki
Saving Sweetness by Diane Stanley