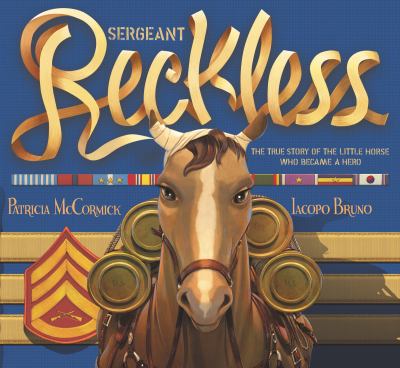 Sergeant Reckless : the true story of the little horse who became a hero

The inspiring true story of the brave little mare that became a marine in the Korean War.

Keith Haring : the Boy Who Just Kept Drawing by Kay A. Haring  |  Me and Marvin Gardens by Amy Sarig King
Refugee by Alan Gratz  |  Slider by Pete Hautman  |  Spirit Hunters by Ellen Oh